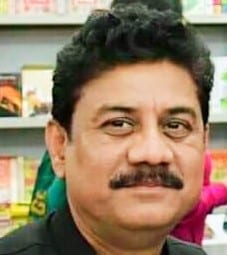 Away from the bustle and general public gaze, a new character of Kolkata has emerged: one where thrives a burgeoning drug cartel. Lanes and by-lanes near schools and colleges are fertile grounds for luring innocent boys and girls who succumb to peer pressure and curiosity that comes with their age. Once in this vicious circle, few people come out stable. Chemical substances take control of their brain that send them down a spiral of more drug abuse and lead them to commit crimes to acquire money for the drugs. The dark web has paved the way for dealings on the internet with bitcoin being the chosen form of currency as it cannot be tracked. A well-known journalist, Jayanta De has expertly blended facts and fictional characters to present a sprawling, kaleidoscopic novel about a side of Kolkata very few of us are aware of and one that is spreading its tentacles fast and wide. As the story progresses gathering momentum and nuance, the readers slowly grasp the sheer audacity and achievement of the work and shudder in fear of what lays ahead.