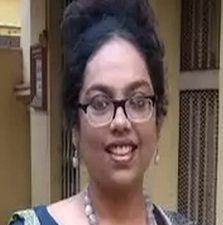 Set in the post-Emergency period of the 70s, Kolkata is witnessing changes in its cultural, political and societal landscape. The television has newly arrived and blackouts are a daily affair. ‘Para culture’ or camaraderie and gossiping among locality neighbours is still an integral part of Kolkata. Jashodhara, the protagonist, considers herself accomplished in her role as wife, a mother and a daughter-in-law. This novel take us along the ups and downs of her relationship with her in-laws and husband: love, contempt, prejudice and sacrifice. Jashodhara’s carefully constructed seemingly happy house of cards comes crashing down when she learns that her daughter is in love with a Muslim man. Her morally righteous mind gets a rude jolt when her son informs her of his intention to marry his teacher who is older than him. How does Jashodhara come to terms with her children rebelling against her benchmarked moral and religious values and at the same time, grapple with her own inadequacies as Bengali housewife? Bosobas conveys the fragility, complexity, and inequality of female desire with groundbreaking depth and emotional power. The main character of this novel is Time – for it tests and shapes each relationship in its passing. Sahitya Akademi Award and Ananda Puroshkar winning author Mandakranta Sen has combined masterful storytelling with her unmatched skill at realistic characterization and meticulous eye for detail to weave a novel of dazzling ambition and scope.